The complete integration of virtual reality technology into the mainstream video game industry has been a long time coming.

At this year’s Electronic Entertainment Expo, companies such as Oculus have finally secured a large presence in the biggest exhibit hall at the Los Angeles Convention Center.

This technology is cutting edge and commanding a lot of attention from attendees, but some companies are already taking virtual reality gaming experiences to the next level.

Two of the primary virtual reality exhibits belong to the U.S. based Virtuix’s Omni platform and Cyberith’s Virtualizer.

The Virtualizer platform, which can be preordered for $1,250 and ships at the end of 2015, consists of a flat surface that has built-in sensors that track the movement of your feet. The operator simply has to put a frictionless textile material shell over their shoe, strap into the harness and go. 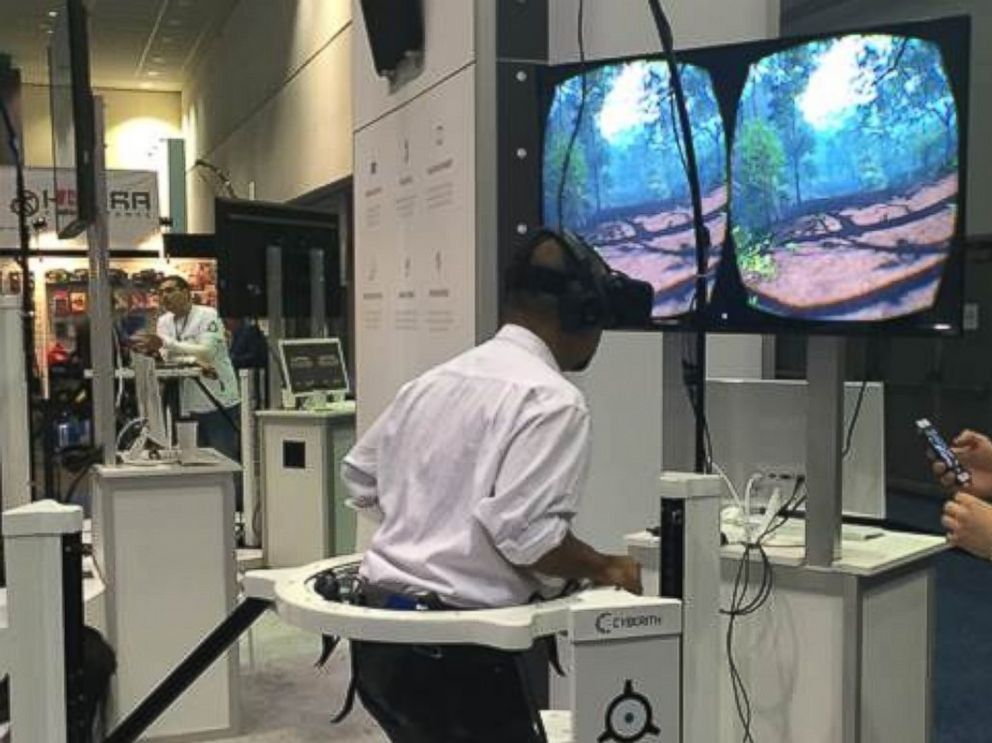 After getting comfortable with the platform’s harnesses which prevent falling, operators of either system simply have to turn their bodies and walk, run, or jump in a certain direction to move throughout the digital environment.

The Omni, which can be pre-ordered for $700 and also ships at the end of 2015, is a similar concept, but with some nuanced differences. Instead of a flat surface, the operator has to walk and slide on, the Omni’s base platform is concave. The surface is much easier to walk on, but to use the Omni, the operator has to put a specially designed pair of shoes that have soles made out of a frictionless plastic.

Although the technology is still being refined, Jan Goetgeluk, CEO of the Austin, TX based Virtuix, can’t imagine his company’s creation being anything other than the next big thing in gaming and digital entertainment.

“This has never been done before. I started this company on the premise that virtual reality would be the next big thing and here we are,” said Goetgeluk. “We’re at E3 and everyone is excited about it. [Omni] is blowing peoples’ minds. It’s exciting to right front and center in the new wave of innovation.”

In the basic demos, each platform afforded its own upsides and downsides. The Omni’s concave base and specialized shoes were much easier to walk and run in.

However, the one feature that distinguished the Virtualizer was the user’s ability to run in one direction while looking in another. Cyberith’s system allows for the body movement and head movement to be decoupled. Decoupling allows the operator to look in any direction while walking, or shooting, in another direction.

Although both platform’s E3 exhibits utilized the Oculus Rift, which is pegged for Q1 2016 release, they are completely headset agnostic. Goetgeluk said the Omni platform is even compatible with Google Cardboard.

Tuncay Kaknak, physicist and CEO of the Vienna, Austria based Cyberith, said the technology that the Virtualizer, along with other platforms, utilize can be used to create a virtually limitless amount of new gaming experiences.

“We wanted to make a system that tricks the brain. This is the future of gaming,” said Kaknak. “You are inside the game. It’s not longer a display. You are the character.”