Do your guests play 70 times?

These guests played 70 times in 4 months

Omni Arena players Hoontar, Massassin, NinjaLlama, and way2startled of Team Running in Place (“Team RIP” for short) have played our esports game more than 70 times since last fall. What incites them to play the same game every week?

To find out, we tracked down Team RIP at Dave & Buster’s in Austin on Friday, January 31, the last day of the monthly contest. That night, several other teams also showed up at D&B to claim their spots on the contest leaderboard. Team RIP, the defending champions, started off in first place but ultimately had to settle for fourth, pocketing $400 in cash. 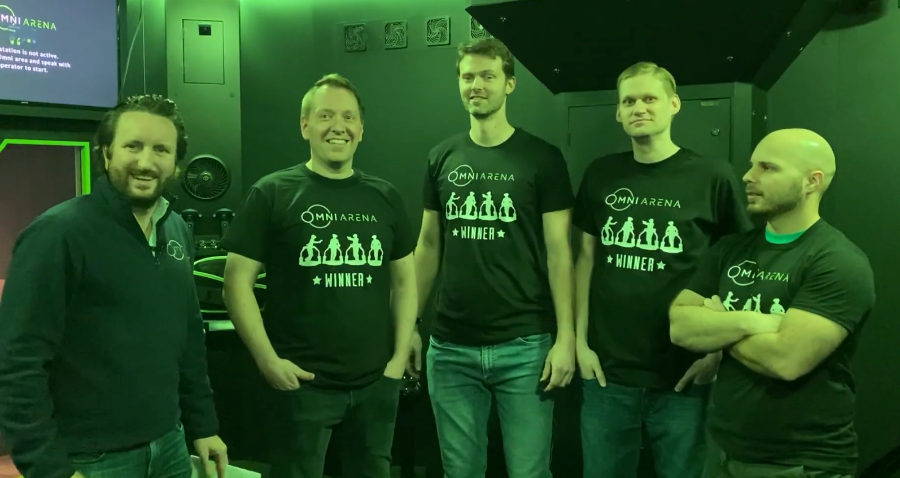 The members of Team RIP met via work and mutual friends. Like many of Omni Arena’s hardcore fans, they are gamers and VR enthusiasts. Massassin, who works at one of the nation’s largest videogame companies, uses a VR headset at home. So does Hoontar — underscoring the need for VR attractions to offer experiences you can’t do at home.

Knowing that most “standing-only” VR attractions offer experiences similar to home VR, we asked Team RIP to compare Omni Arena with home VR and other VR attractions. Hoontar responded, “Omni Arena is more physical and you can actually run in the game. I think that’s revolutionary.”

Massassin shared a similar view: “With the Omni Arena setup, you’re actually moving. That’s the reason why you can keep playing over and over again.” 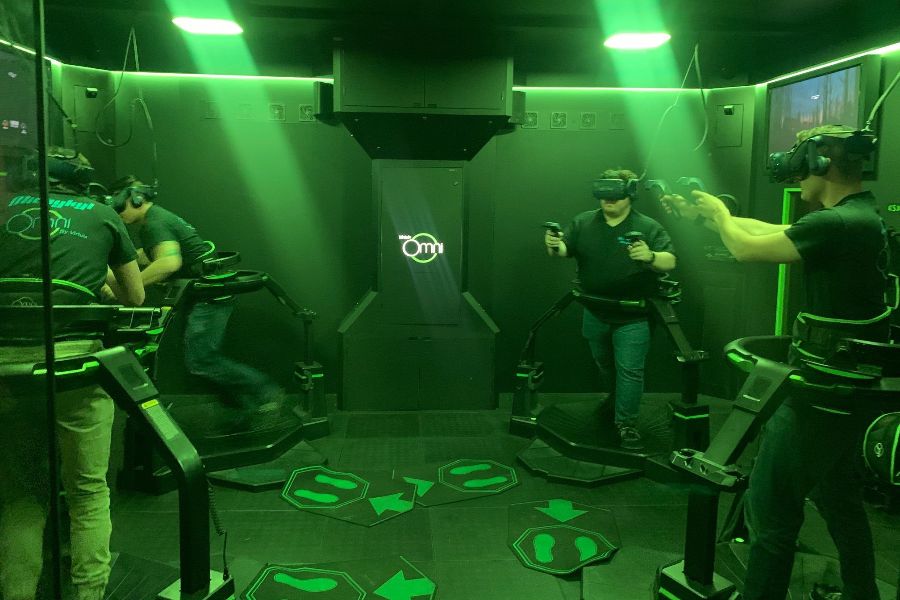 Physical movement, a key element of Omni Arena, results in high repeat play – and can’t be done at home

What drives them to play again and again?

Team RIP’s members visit Dave & Buster’s in Austin once a week – or more — to join weekly and monthly contests.

“We play every week for sure,” said Hoontar. “You can see all four of us every week at the arcade, sometimes several times a week.”

Regular esports contestants like Team VIP are attracted by the leaderboards and the drive to win, and also by the camaraderie. As Massassin observed, “We’re doing it as a team, and that’s a lot of fun.” Playing Omni Arena competitively, he added, has become their preferred weekly entertainment.

Omni Arena offers more than just exciting physical combat. To improve your team’s chances of winning, you need a good strategy too.

“We do a lot of strategizing,” reported Hoontar. “The gameplay video we receive after each game is critical. We look at the videos and record every statistic, comparing and evaluating strategies. I put a lot of time into making spreadsheets!” 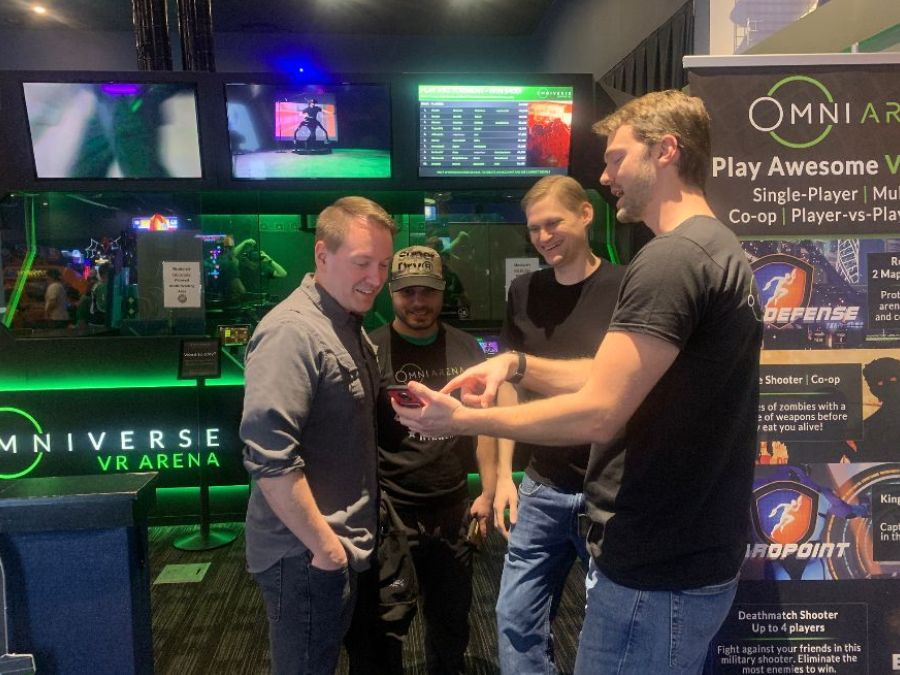 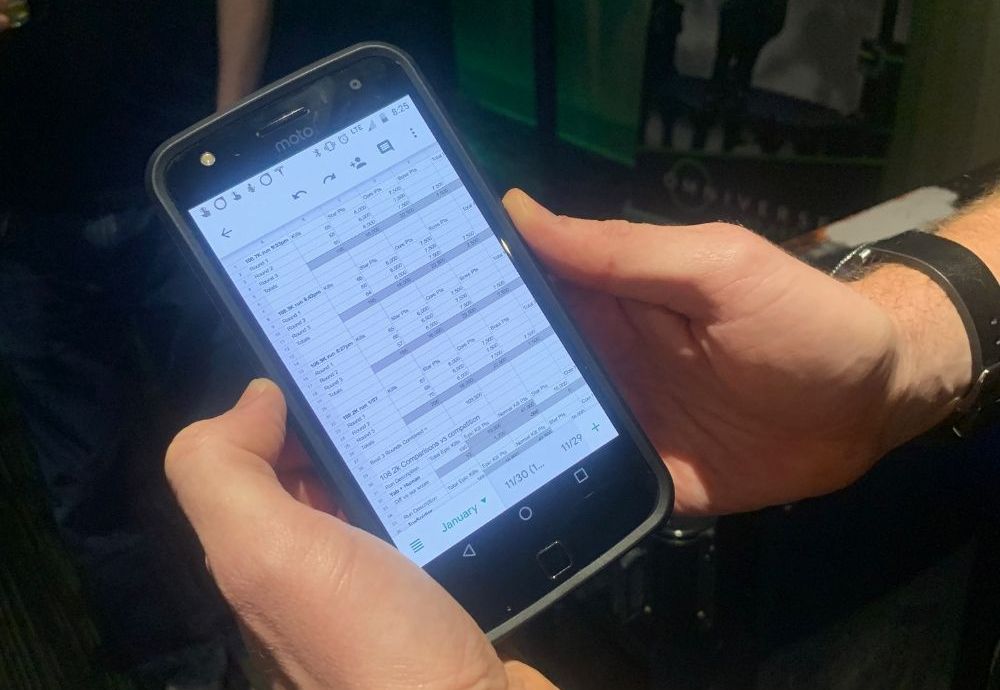 “We also talk to other teams to learn more,” added Massassin. “Funnily enough, we suspect other teams sometimes give us misinformation on purpose, to mess with our heads.”

We asked Team RIP what they hoped to see from Virtuix in future. Their response: to see the esports competitions and fan community grow, with more players joining and more championship matches held nationwide.

Competition is heating up

While we were chatting with Team RIP at Dave & Buster’s, another esports team arrived: Team OK VR. This four-player team, consisting of Nexeon, Mithykyl, Zazuba, and Checo, have played Omni Arena 90 times since last summer. They even custom-made their own Omni Arena T-shirts to show off their player names! 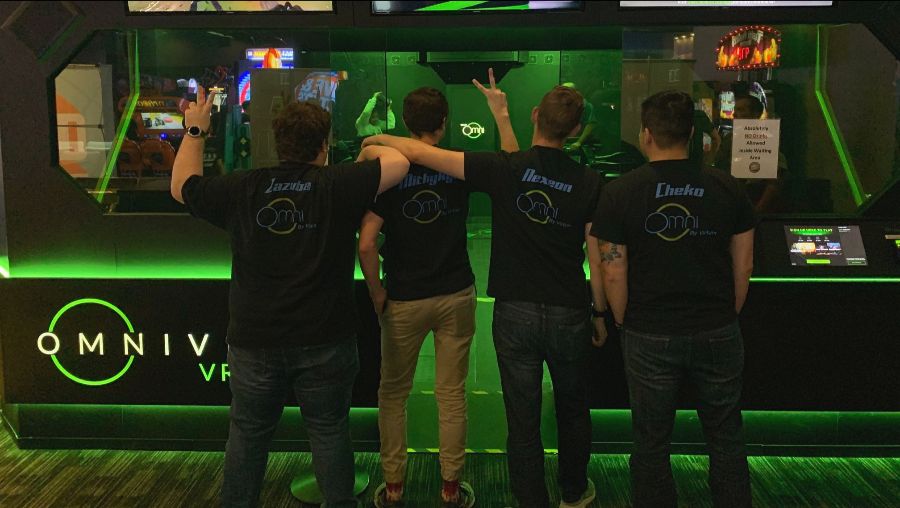 Despite Team OK VR’s display of enthusiasm, competition that night was stiff, and they ended up in 8th place. Winning the January contest – and pocketing $2,000 in cash – were two brothers from New Jersey who drove three hours to play at Scary Strokes in Waldorf, MD. 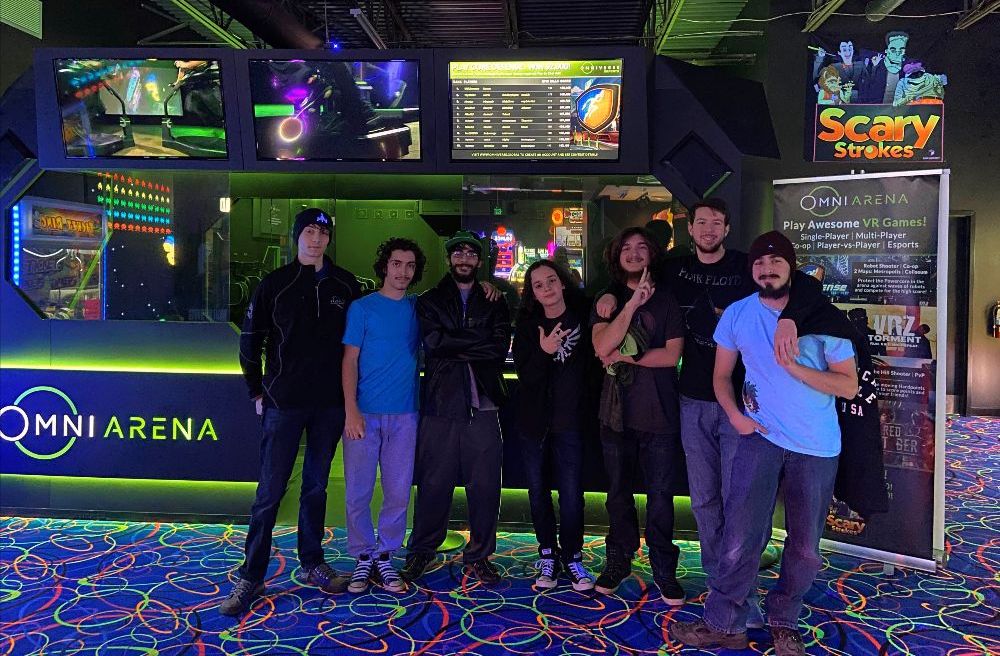 Brothers YABusername and Human, pictured with friends, won $2,000 in the January contest

“It’s been incredible to see the excitement and engagement of our esports players,” said Doug Roth, owner of Scary Strokes. “Two teams drove over three hours to come play at our venue. They stayed overnight and played again and again over two days to secure their leaderboard spot.” 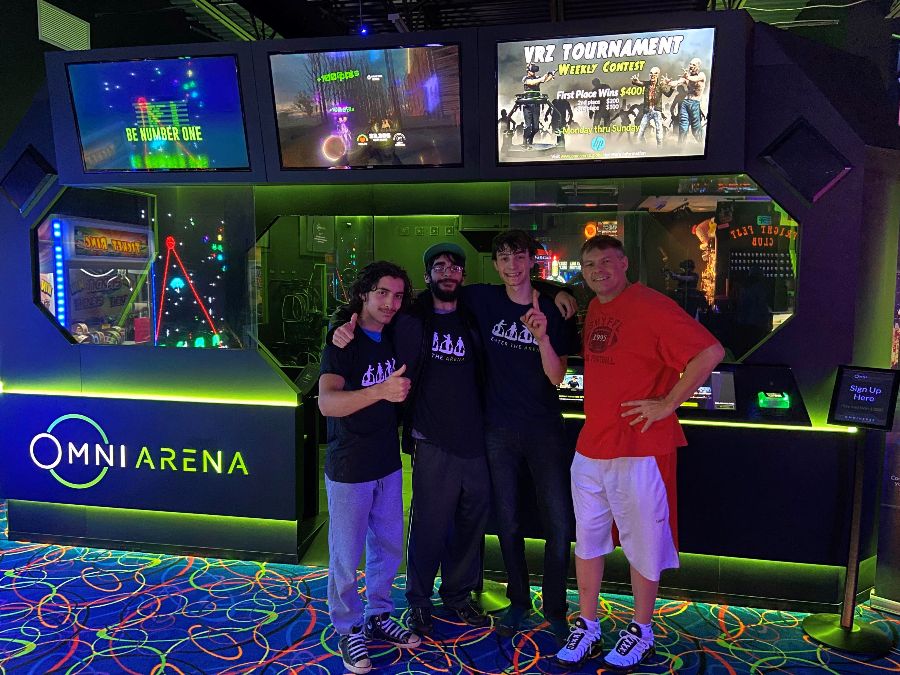