This month we installed the world’s first Omni Arena esports attraction at Pinballz, a family entertainment center in Austin, Texas. Pinballz charges $15 per play per person, or $12 as part of a combo package. A total of 820 guests played in the first 10 days, generating revenues of more than $10,000. 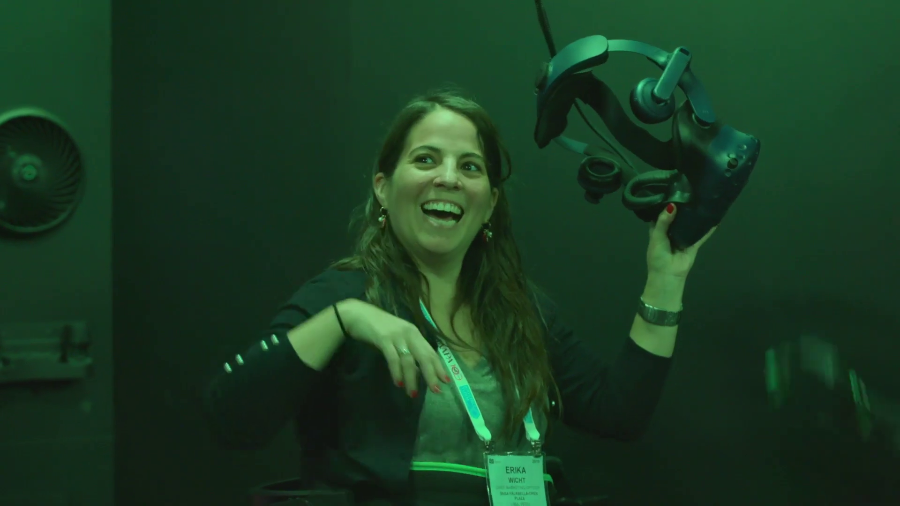 Following this successful launch, we shared 5 tips on how to market a VR attraction at a location-based entertainment (LBE) venue. The key takeaway is that an attraction like Omni Arena, by combining VR and esports, can attract a new audience of gamers – and new money – to LBE venues. At the Omni Arena opening event at Pinballz, 45% of guests had never visited the venue before. Several guests drove more than an hour to come try out the new attraction.

You can read our blog post with 5 tips on how to launch and market a VR attraction here.

Virtuix CEO Jan Goetgeluk sat down with amusement industry expert Bob Cooney to discuss the early results of Omni Arena, how esports can increase revenues for location-based entertainment, how to properly market a VR attraction, and more. See the full webinar below:

Omniverse ESPORTS™ continues to gain strong traction. Congrats to the winners of March’s contest, Justjared0 and SPARTAIN24, who played at Virtual 42 in Washington, New Jersey, and won the top prize of $1,000 plus an HTC Vive headset. Honorable mentions go to the runners-up, Matteus and CKiLLA, who played at The Nexus VR arcade in Myrtle Beach, South Carolina, and to the third-place winners, jereboss and make17th, who played at 360XP in Helsinki, Finland. 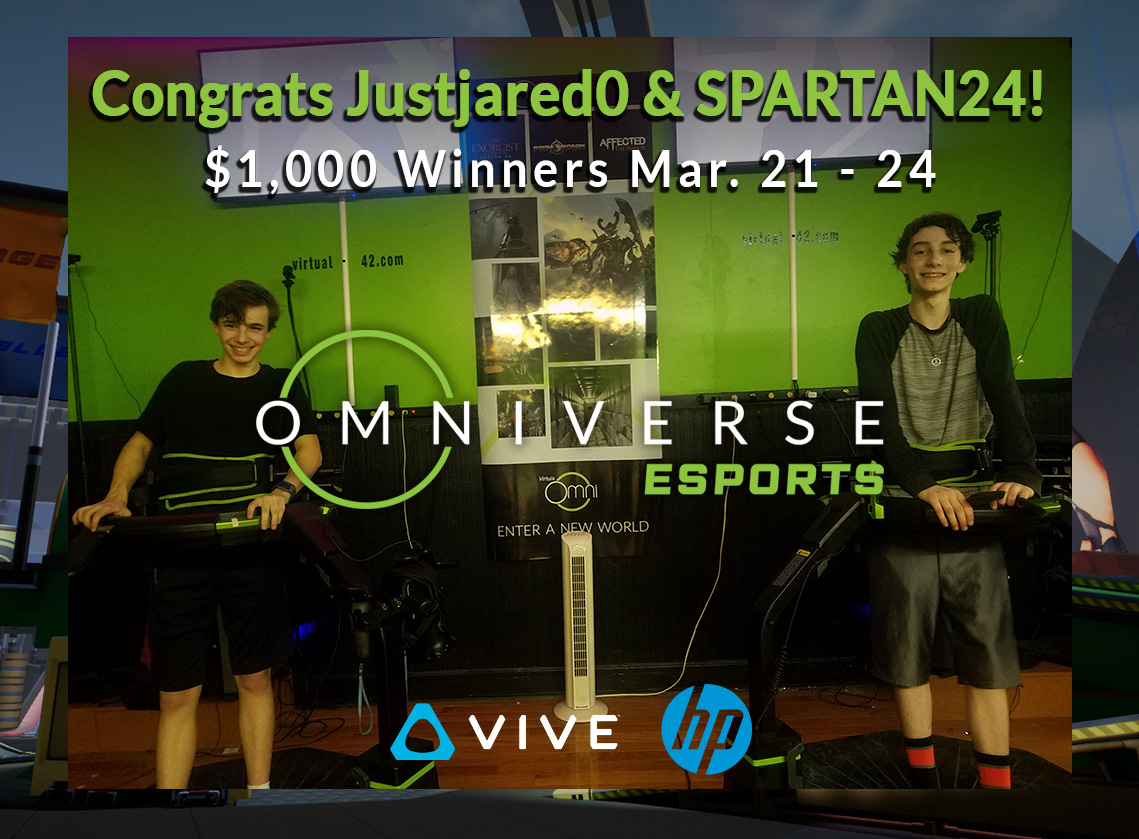 You can find data and insights about how esports can boost LBE revenues in our blog post here.

Virtuix exhibited an Omni and a quarter-scale mockup of Omni Arena at Amusement Expo in Las Vegas on March 27-28. The Omni was one of the busiest attractions at the show. 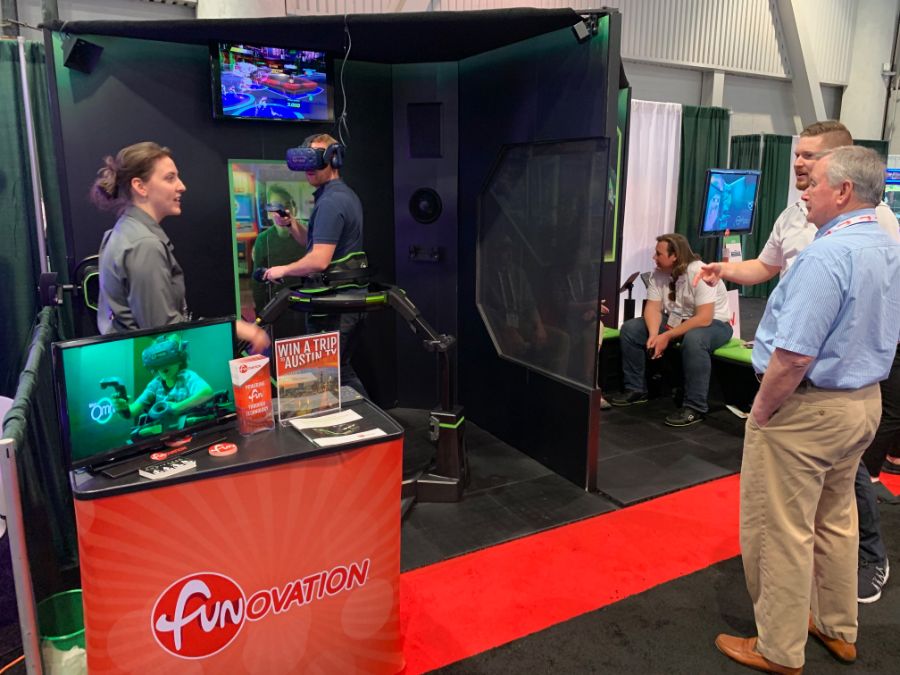 Virtuix CEO Jan Goetgeluk was a guest speaker on two panels at the VR Summit educational seminar at Amusement Expo on March 26. Goetgeluk participated in panel discussions on “How to launch, market and drive traffic to your VR attraction,” and “How Esports and VR will redefine the videogame arcade for new generations.” 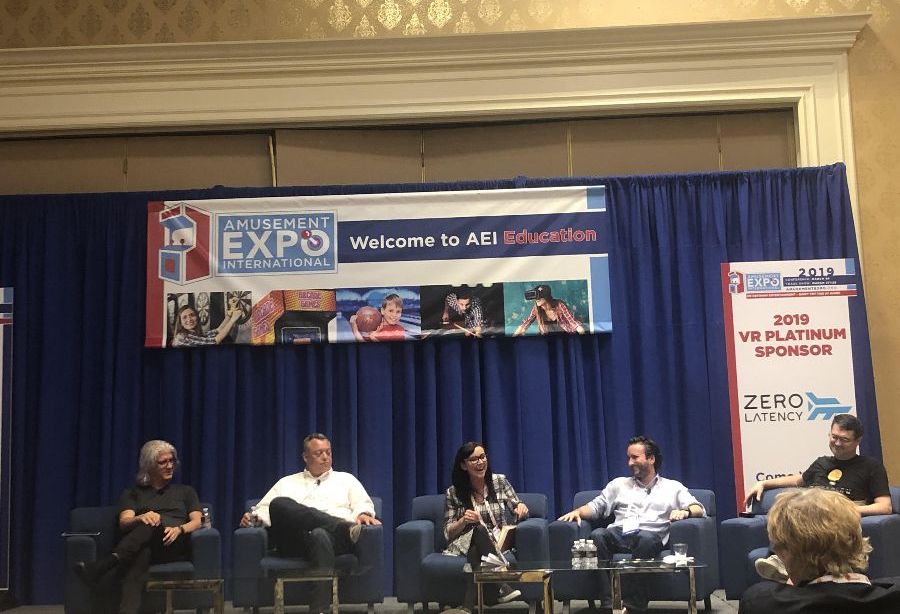 Before Amusement Expo, Virtuix sponsored and presented at Foundations Entertainment University, which hosted 100 attendees for two days and educated the audience on how to operate an LBE business. Virtuix was selected as the exclusive VR sponsor of Foundations, the amusement industry’s premier educational program. 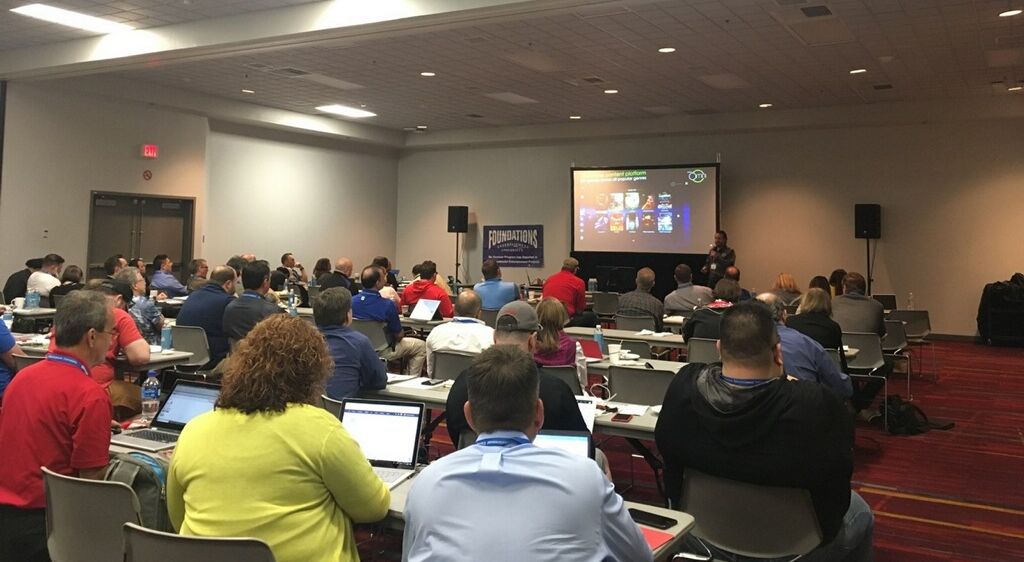 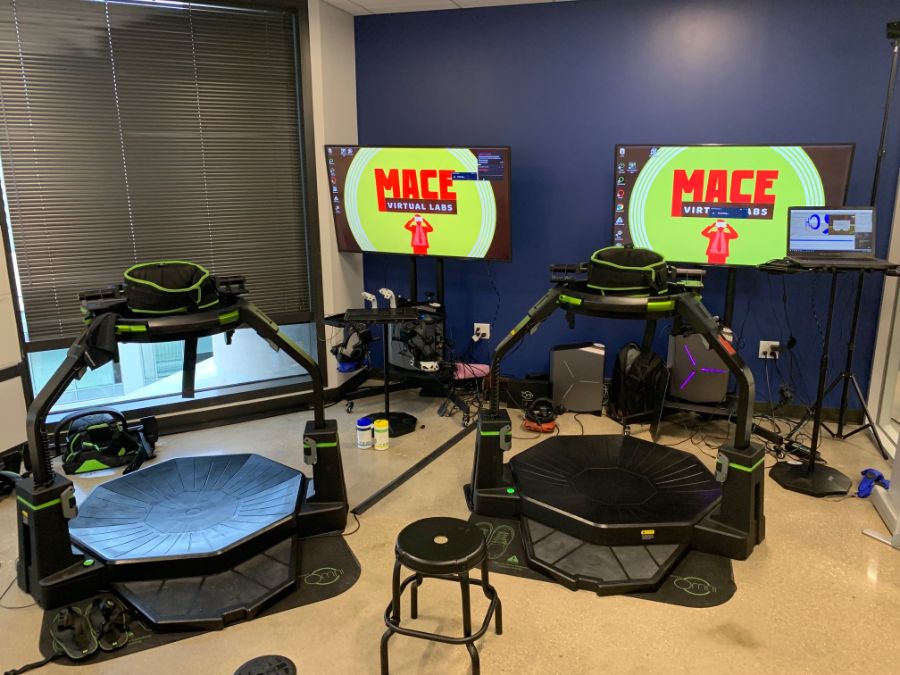